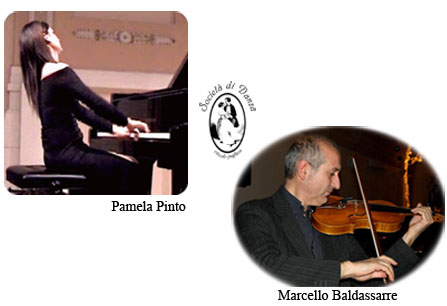 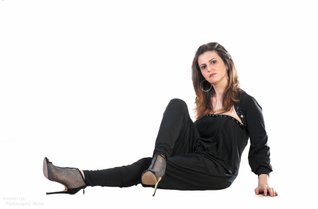 Musician Teacher Journalist at the service of the music

She attained the Diploma in Piano and Ancient Music (harpsichord) at the ‘Conservatory of Lecce’ with full marks and honours, under the guidance of the teacher Concita Capezza and then of Maestro Corrado Nicola De Bernart. She broadened her piano and music knowledge at the ‘Piano Academy of Marche’ in Recanati and the ‘Music Academy of Pescara’ with Maestri Lorenzo Di Bella and Gianluca Luisi. She also attended to post-diploma master classes with worldwide known teachers and concert experts, such as Sergio Perticaroli, Riccardo Risaliti, Bruno Bizzarri, Maurizio Baglini, Massimiliano Frani, Enrico Pace, Roberto Prosseda, Enrico Pompili, Roberto Cominati, Filippo Gamba, Walter Blankenheim, Andrea Padova, Enrico Degli Esposti Elisi, Piernarciso Masi, Piero Rattalino, Nazzareno Carusi.
After attaining the Diploma in Teaching at the School ‘Pietro Siciliani’ in Lecce with full marks, because of her passion for pedagogy and education techniques, she also attained the music teaching qualification through a competitve exam (SSIS-Puglia) at the University of Bari (again with full marks).

«[…] on the basis of different prospects that link us in a research of higher spirituality […] The peculiar features included in the Gregorian chant, with its multiple and unlimited shades of colours, blend with the person I am... instrumentalist and musician, in a wider concept of universal music». (Pamela Pinto)

In the same year she joined to the XVI Edition of Study Award (BBC credit collaboration, Recanati e Colmurano) obtaining a student grant through a recommendation of the ‘Piano Academy of Marche’ in Recanati. She also attended the course for ‘dance music accompaniment musicians’ by her teacher of ‘Chamber music’ Maestro Francesco Libetta, in collaboration with the School of dance ‘Dance of South’ of Fredy Franzutti. She worked in collaboration with the teacher Assunta Fanuli, expert of Ancient and of Nineteenth Century dances, as harpsichordist and arranger. During this period she has also widened her interest in different music types, helping with her musical skills the musical group ‘Millenovecento79’ and performing with the gospel singer Tyna Maria Casalini in many gospel concerts and Religious Celebrations, arranging the piano songs in a hybrid style classical and gospel. She has also awaken the attention of poet Antonio Mazzo, adding music to many of his poems. She won a scolarship to join a high level course ‘MUSAN – Authors and sources from Apulia of holy music XIV-XVIII centuries’. Through this course participated to a production stage in England; this allowed her to network with other important and renewed musicians such us Nino Albarosa, Giacomo Baroffio e Jérome Côrreas.

She worked in collaboration with the Conservatory of Lecce, both as pianist and harpsichordist (soloist and continuo) in various classes such as violin, baroque violin, percussion, transverse flute, beak flute, flute traversiere baroque, baroque singing, ensamble music and dance of the Reinassance. She prepares also the students for exams, yearly final performances and concerts. She brilliantly took part to many important national and Europoean contests.

Along with her concert career, she has always continued teaching and broadening her knowledge in music composition with Maestro Paolo Tortiglione and, for a short period, with Maestro Giuseppe Gigante. She also deals with various types of arrangements, has transcribed radio pieces of advertising jingles and pieces for SIAE authors.

She is also a journalist for the ‘Music, Art and exhibitions’ section of several newspapers.
She is official press agent and deputy director of the ‘Osimo International Piano Competition’, as well as assistant of Maestro Gianluca Luisi.

She founded “Psychedelia”, an innovative piano-musical project, currently active in an experimental phase in the province of Milan (Italy) and intended for primary and secondary state schools not for music.

What was said about Pamela Pinto

«When the music can move, enchant, transport you in unkown places where the notes blend together to give you magic emotions. This is Pamela’s music, a music that captures you, a music that is born from a deep knowledge gained during years of study. Never trivial, always searching virtuosity that enhance the interpretations; Pamela can give feelings that stay first in your soul and then in your mind. A complete musician without any imperfections, with a very strong personality and with the gift of the interpretation that is able to catch who is listening. In a single word, she is unique».

«You play as you open a window to see a wonderful landscape; inside you have something mysterious that appears and makes it every day different. I really like it... And your hands walk very well». 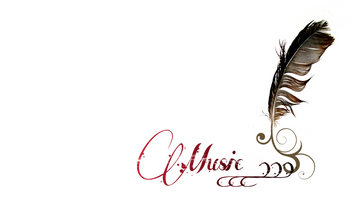 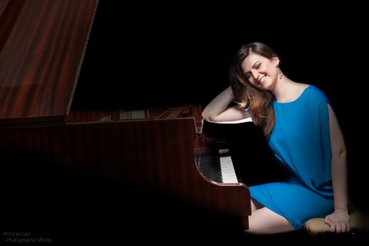 As a soloist or not, in the piano and harpsichord version. From classical to contemporary music, to her compositions and arrangements.

Are you a singer, are you part of a musical group and want to break into the world of entertainment?

Participate in competitions and record auditions with a recording project. 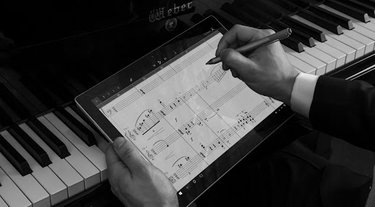 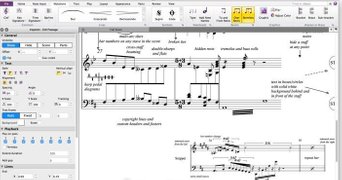 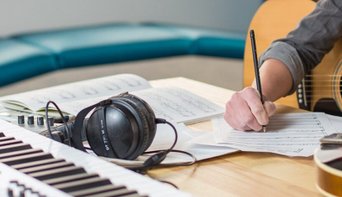 TRANSCRIPTIONS AND PROTECTION OF WORKS

Do you play, sing but can't write music?

Have you created a piece but can't write it on paper?

Can you write music but don't know digital music writing?